History of the Tarentaise Breed

We North Americans get excited about Tarentaise because to us they are a new breed, generally unrelated to existing breeds, which gives us that extra kick of hybrid vigor. Fact is, the breed was named in 1859, and the first breed congress was held in 1866. The Tarentaise herdbook was founded in 1888, with major revisions being made immediately following World War II.

Tarentaise bear the name of the place of their origin, the Tarentaise Valley in the French Alpine mountains. There has been less mixing of breeds with Tarentaise in the last 100 years than with most French breeds. What other breed that offers hybrid vigor has such pristine genetics, selected over the span of a century?

The Europeans selected primarily for milk production when making their breeding decisions. Mother Nature, on the other hand, selected for muscling, hardiness and adaptability in order for them to live under range conditions in the French Alps. The result is a dual purpose breed.

Altitude in their native region varies from 1,000 feet to 8,000 feet, and usually the change in elevation is dramatic. In order to negotiate the mountain ranges, Tarentaise developed excellent natural muscling. This breed is distinctive for its abundant muscling in the hip region, and they are exceptionally long from hooks to pins.

In France, no other cattle graze where the Tarentaise graze. Charolais, Maine-Anjou and Limousin are raised in Basin regions, where the land is more lush. Salers are native to a mountainous region, but it is not as mountainous as the home of the Tarentaise. 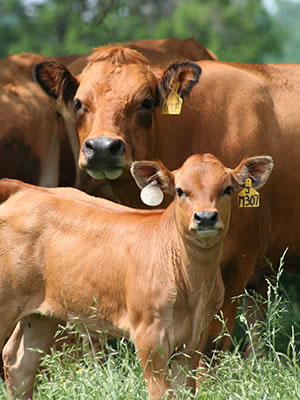 Since 2014, we have been focusing on crossing the base Tarentaise herd with Red Angus and just recently have used Hereford bulls. 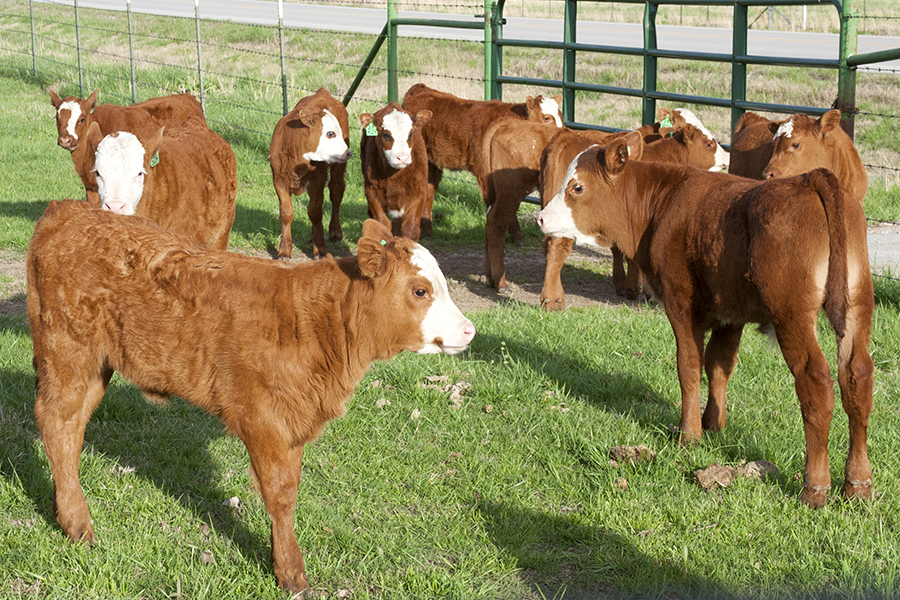 From France to North Africa

Tarentaise proved their adaptability around the last turn of the century when they were exported to North Africa. What an environmental jump!

From the French Alps to the French colonies in Algeria, Morocco and Tunisia, countries which bordered the African desert.

In North Africa, they have been crossed with indigenous strains of cattle and have developed an enviable reputation for improving both meat and milk production in an arid or semi-arid environment.

From France to North America

In the early 1970s, Dr. Ray Woodward of Miles City, Montana, was director of the beef program for American Breeders Service.

Woodward was looking for a breed that would work on commercial cows in the U.S. while retaining milking ability and, most importantly, avoid the calving and fertility problems of the then known "exotics." He found the answer with Tarentaise.

The first Tarentaise bull calf arrived at a Canadian quarantine station in 1972. His name was Alpin, he weighed 1650 pounds at 30 months, and he generated so much excitement and semen sales that soon after the Canadian